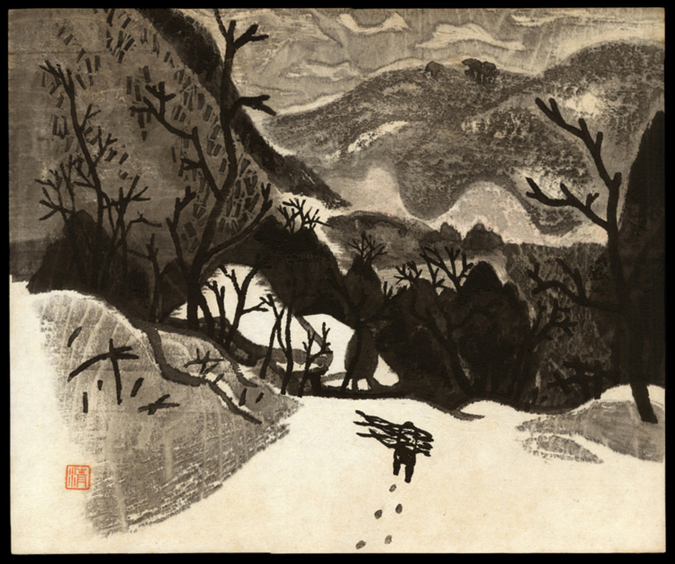 Saitō Kiyoshi’s (1907–1997) keen sense of design, superb technique, and engagement with an variety of appealing themes made him one of the best known and most popular Japanese print artists of the twentieth century.

In the wake of the Second World War, Saitō emerged as a seminal figure of the modernist creative print movement, in which artists claimed complete authorship of their work by carving and printing their own designs. He flourished as the movement attracted patrons among members of the occupying forces and, later, Western travelers for business and pleasure.

Honors at the 1951 São Paulo Biennial launched him and the creative print movement to prominence at home and abroad. When new diplomatic ties between the U.S. and Japan provided opportunities for Japanese artists to exhibit, teach, and live abroad, Saitō was among the first to do so, thus further broadening his audience.

Celebrating a gift of over 100 prints by Saitō from members Charles and Robyn Citrin, The Ringling Museum of Art opened Saitō Kiyoshi: Graphic Awakening in March 2021 — the first major survey of the artist’s work since his death.

The exhibition focuses on prints Saitō created in the 1940s and 50s, arguably the most vibrant period of his career, and includes several rare, early designs.

Rhiannon Paget, the curator of the exhibition, will discuss key themes in Saitō’s work, his skilful negotiation of his medium, and his shifting approaches to composition, color, and texture.

Paget is the Curator of Asian Art at The John and Mable Ringling Museum of Art. She was previously the Andrew W. Mellon Fellow for Japanese Art at the Saint Louis Art Museum, where she co-curated the major exhibition Conflicts of Interest: Art and War in Modern Japan (Saint Louis Art Museum, Oct 2016–Jan 2017) and co-authored its catalog. She received her doctorate from the University of Sydney, and has published research on Japanese woodblock prints, textiles, board games, and nihonga.

6:00 PM: Conversation/lecture in the Museum’s auditorium

This event is co-presented by the USC Shinso Ito Center and the USC Pacific Asian Museum. Entrance to the Museum is free with your RSVP. For more visitor information, please click here.