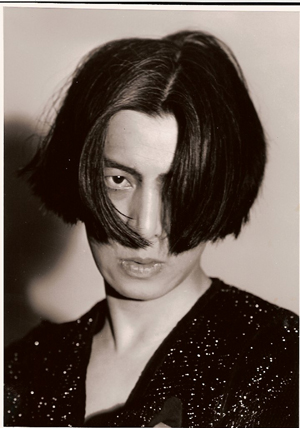 The LEGACY concert will feature the work of Japanese choreographer Michio Ito who has been called, “the forgotten pioneer of American modern dance.”  Born in 1893 to a progressive Japanese family in Tokyo, Ito studied and performed in Europe and the United States during the flowering of new art in the early 20th century. He was celebrated as one of a “boundary-crossing” generation that brought about the dramatic achievements of the literary, musical and artistic breakthroughs of modernism, and the eclectic beginnings of American modern dance.

At the end of a cross-country tour in 1929, Ito settled with his company in Los Angeles, and deeply impressed the local artistic community, musicians and visual artists, as well as dancers.  California became his home during the next twelve years.

Ito offered classes for professionals and the community and choreographed several highly successful large scale symphonic dances performed in the Hollywood Bowl accompanied by the Los Angeles Philharmonic Orchestra.   He choreographed for 200 dancers in the Pasadena Rose Bowl, accompanied by live orchestra and chorus.  Ito’s experience living in California undoubtedly influenced him and he worked in various capacities in six motion pictures.

In addition to the works of Michio Ito, LEGACY will also present works (dating from 1920 to 2005) by Ruth St. Denis, Ted Shawn, Doris Humphrey and Molissa Fenley, choreographers who, like Ito, worked in California and changed the landscape of modern dance in America.

During its Los Angeles Ito Residency, RDT will also be working with the Los Angeles Unified School District, offering workshops, movement classes and lecture demonstrations to underserved student populations in the District.  Professional Development workshops will also be presented for District teachers, integrating Ito’s methodology (The Ten Gestures, etc.) into the teaching of the common core curricula.  Ito Master Classes and Workshops will be offered to area Colleges and Universities, as well.

The Michio Ito Foundation (directed by Michelle Ito, granddaughter of Michio Ito) has given permission for RDT to be the U.S. repository for the Michio Ito technique and works.  Funding provided by an American Masterpieces Grant from The National Endowment for the Arts has enabled RDT to preserve the legacy, method and repertory of Michio Ito in the United States.

RDT is known worldwide for its collection of dance treasures, and is both a museum and a contemporary gallery, representing the scope and diversity of modern dance. From the early founders of the art form to contemporary cutting edge choreographers, the company maintains one of the largest collections of modern classics in the world. RDT has performed the work of over 150 choreographers.