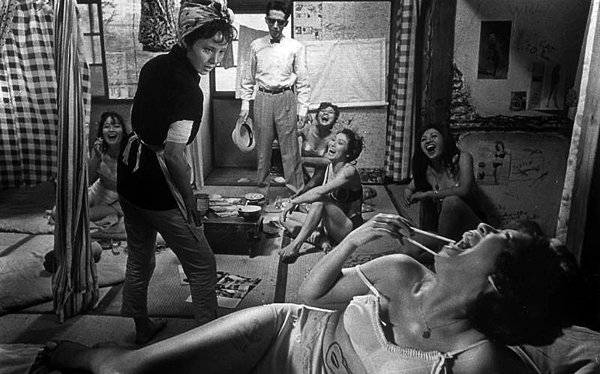 In conjunction with the exhibition Fracture: Daido Moriyama (April 7 – July 31) at the Japanese Pavilion of Los Angeles County Museum of Art, LACMA and the Japan Foundation will screen a series of films that offer a raw, street-level view of Japanese urban life, while also confronting such poignant, postwar theme as identity, gender, and alienation.

These films, from the taut policiers of Akira Kurosawa and existentialist parables of Hiroshi Teshigahara to rarely-screened films by Susumu Hani and Toshio Matsumoto, shatter social and aesthetic taboos as they fearlessly delve into a bustling underworld of petty criminals, miscreants, outcasts, revolutionaries, and all other manner of stray dogs.

Admission: $10 for the general public

The Face of Another (Hiroshi Teshigawara, 1966)