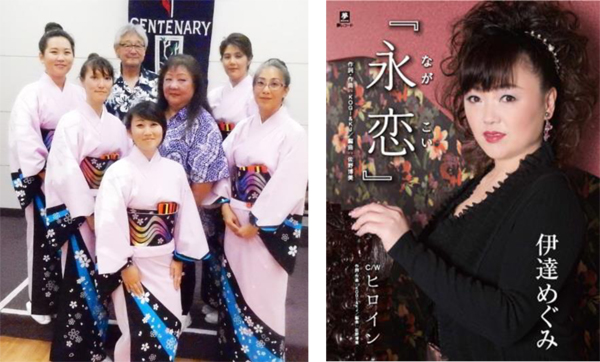 When Tokyo-based singer Megumi Date heard about the her song selection of the Nisei Week, She decided to come to Los Angeles.

On Sunday, August 14 evening, Megumi Date will appear on ride in the Nisei Week Grand Parade.

Before the parade, Date’s live performance will be presented at the Tanabata stage at the corner of Central and First Street in Little Tokyo on Saturday, Aug. 13 at 10:30 am and Sunday, Aug. 14 at 11:30 am. This is open to the public event. Admission free.

In April 2011, Date marked her 20th anniversary of professional singer career, and released song “Hoshi no mai” (Dance of Star) which was picked by the 2016 Nisei Week Official Choreographer Hanayagi Rokufukumi.

Megumi has released numerous CDs and DVDs under the contacts with Nihon Crown Record, and Yume Record.